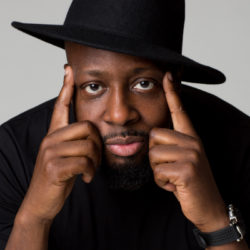 Nel Ust Wyclef Jean is a Haitian rapper, musician and actor. At the age of nine, Jean emigrated to the United States with his family. He first achieved fame as a member of the New Jersey hip hop group the Fugees. Jean has won three Grammy Awards for his musical work.

On August 5, 2010, Jean filed for candidacy in the 2010 Haitian presidential election. The Electoral Commission ruled him ineligible to stand for office, as he had not met the constitutional requirement to have been a resident in Haiti for five years prior to the election.

Jean’s efforts at earthquake relief, highly publicized in 2010 throughout Haiti and the United States, were channeled through his charitable organization, Yéle Haiti. The charity, which conducted education and welfare activities in Haiti between 2005 and 2010, effectively closed in 2012. It was investigated for failure to file tax returns and mismanagement of funds; a high proportion of its money went to travel and administrative expense. The New York Times reported that much of the money raised by the organization in the Hope for Haiti Now telethon was retained by Jean for his own benefit.

In 2012, Jean published his memoir Purpose: An Immigrant’s Story. Along with Carlos Santana, Avicii and Alexandre Pires, Jean was chosen to perform the closing ceremony at the 2014 FIFA World Cup in Brazil.