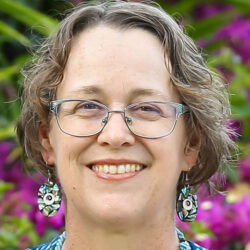 Appointed as Executive Director of CELA in November 2007, Theresa McClenaghan holds an LL.B. (1984) and a B.Sc. (Geol.) from Western (2020) and an LL.M. in constitutional law from Osgoode (1999) as well as a diploma in Environmental Health from McMaster (1999). She was called to the Bars of Manitoba (1985) and Ontario (1987). Focussing on environmental health and environmental safety, particularly in the areas of energy and water, Theresa has practised public interest environmental law both in private practice and then at CELA. In 2006-07, Theresa was senior water policy advisor to the Ontario Minister of the Environment where she was responsible for overseeing the passage of the Clean Water Act, and implementation of the remaining Walkerton Inquiry recommendations. She has represented clients at the Supreme Court of Canada, Federal Court of Appeal and Trial Division and the Ontario Court of Appeal on a range of matters including pesticide by-laws and the Oncomouse patent. Theresa was co-counsel representing the Concerned Walkerton Citizens in both phases of the Walkerton Inquiry, and has appeared at a variety of environmental, land use and energy tribunals on behalf of her clients. Theresa is co-author of the three-volume annotated Ontario Water Law. Theresa has appeared before the Canadian Nuclear Safety Commission and Federal Court on a number of nuclear power environmental assessment and licensing matters. Theresa has represented CELA on the Low Income Energy Network steering committee since its foundation over ten years ago and is a Board member of the Canadian Water Network. Theresa and her husband live in Paris, Ontario where they have raised their four children.