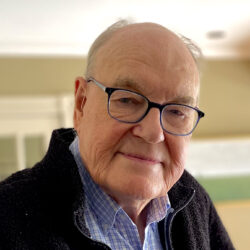 John Sewell was a member of Toronto City Council from 1969 to 1984, and was Mayor of Toronto 1979 – 80. He has engaged in politics in Toronto as a community activist, city councillor, journalist, writer, housing administrator, and social entrepreneur. He has authored a dozen books, most recently, How We Changed Toronto: the inside story of twelve creative, tumultous years of civic life, 1969 to 1980′, and in September 2021, Crisis in Canada’s Policing: why change is so hard, and how we can get real reform in our police forces.’ He has co-ordinated the Toronto Police Accountability Coalition for the past twenty years, and is a member of Charter City Toronto. He was awarded the Order of Canada in 2005.