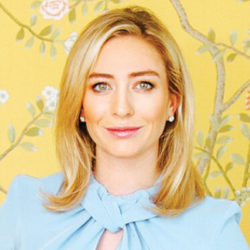 Whitney Wolfe Herd is an American entrepreneur. She is founder and CEO of Bumble, and a co-founder of the dating app Tinder.

Andrey Andreev, the founder of Badoo, contacted Wolfe Herd about creating a dating platform and partnered with her on a new company in 2014, launching Bumble that year. Bumble is launching into new verticals such as BumbleBizz, and launched BumbleBFF for finding friends. According to Forbes, the company is valued at more than $1 billion.