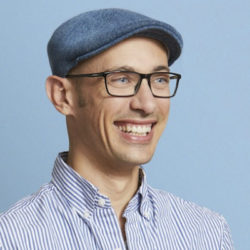 Tobias Lütke is CEO and co-founder of Shopify, the marquee shopping cart system of the e-commerce industry. Prior to Shopify, Tobias was active in many open source projects including the Ruby on Rails framework, a server-side web application framework providing default structures for databases, web services and webpages. Tobias served as a core team member starting in 2004. Tobias also released a series of open source projects that are used around the world such as Liquid, DelayedJob, and ActiveMerchant.