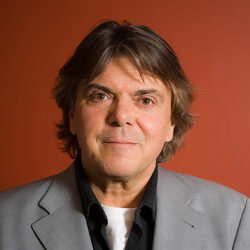 Randy Lennox is a Canadian music and media executive. He currently serves as executive chair of Elevate, the Canadian purpose-driven cultural & innovation hub, and continues to produce film and television documentaries.

Lennox has been described by U2’s Bono as a “music maven turned telecommunications mogul,” and “a man without whom American and Canadian music would certainly not be the same” by Gene Simmons of Kiss.

Lennox is also involved with many organizations in the Canadian music scene: he is the talent chair and executive producer of Canada’s Walk of Fame and served as chair of the Massey & Roy Thomson Hall’s Board. In January 2019, he was named the chair of the board for the Banff World Media Festival.

Lennox has been featured four times on Toronto Life Magazine’s most influential list. In 2017 he was awarded the Walt Grealis Special Achievement Award at the 2017 Juno Awards and named Canadian media executive of the year by Playback magazine.