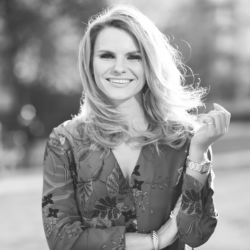 Michele Romanow is an engineer and a serial entrepreneur who started three companies before her 28th birthday. The youngest ever entrepreneur to join CBC’s hit show Dragons’ Den, Michele is the co-founder of e-commerce platforms Buytopia.ca and SnapSaves (acquired by Groupon), which have saved millions of users hundreds of millions of dollars. Ranked in WXN’s “100 Most Powerful in Canada” and listed as the only Canadian on Forbes’ “Millennial on a Mission” list.  Her current venture Clearbanc is offering financial services for entrepreneurs.

Buytopia ranked the #3 on the Profit Hot 50 list of fastest growing companies, #1 on Chatelaine’s W100 list of fastest growing companies and was a finalist for the EY Entrepreneur of the Year award and the RBC Canadian Women Entrepreneur Awards.   Michele was previously the Director of Strategy for Sears. Michele holds an engineering degree and an MBA from Queen’s University where she received the Queen’s Tricolour.

Michele is a director on the board of Vail Resorts, Shad Valley, Freshii, League of Innovators and BlockX.

How to Get Cash in the Door Without Getting Pushed Around