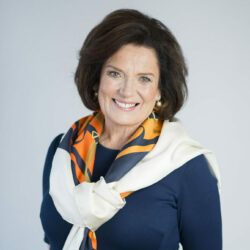 Margaret Trudeau is a Canadian icon, celebrated both for her role in the public eye and as a respected mental-health issues advocate. From becoming a prime minister’s wife at a young age, to the loss of both her son and her former husband, to living with bipolar disorder, Trudeau tirelessly shares her personal stories to remind others of the importance of nurturing the body, mind, and spirit.

A bestselling author, Trudeau is the author of four books, including her Changing My Mind, which charts her life’s ups and downs, and her latest title, The Time of Your Life, which offers women an inspirational and practical approach to creating a healthy, happy, secure, and satisfying future.

Trudeau recently took her story to the stage, co-writing and starring in her own one-woman-show, A Woman of a Certain Age. Part exploration of mental illness and part tell-all, Trudeau shares her compelling story as one of the world’s most fascinating figures, chronicling her courageous public and private journeys. The show premiered on the renowned Second City stage in Chicago, and has since traveled to Montreal and Toronto as part of the Just for Laughs festival. It also made its New York off-Broadway debut with Audible Inc., the audio content division of Amazon, at the Minetta Lane Theatre. The live recording of this performance will be available via audible.ca in 2020.

Trudeau sits on the Executive Advisory Board of the UBC Mental Health Institute as a community advocate. She is also the former honorary president of WaterAid, a charitable Canadian non-governmental agency that helps communities in developing countries build sustainable water-supply and sanitation services.

Trudeau is the proud mother to Prime Minister Justin Trudeau.