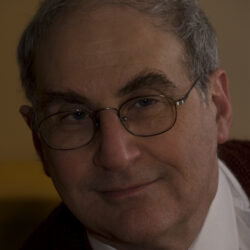 Lawrence Solomon has been one of Canada’s most acclaimed environmentalists over the last 40 years, his work praised by pathbreaking Canadians such as Marshall McLuhan, Margaret Laurence and Maurice Strong, the founder of the United Nations Environment Project.

Lawrence was a member of President Carter’s Global 2000 project and a founder of the World Rainforest Movement, Friends of the Earth Canada, Ontario Riverkeepers and, with Jane Jacobs, the Energy Probe Research Foundation. His 1978 book, The Conserver Solution, was called the Bible of the environmental movement. His 1984 book on dismantling Ontario Hydro, Power at What Cost?, was endorsed by the leaders of all three Ontario political parties.

On climate change, Lawrence was one of the first to alert the public to the potential dangers of climate change, in 1980, at the very beginning of the scare. Lawrence was also one of the first to dispute the claim that the science was settled. His book, The Deniers: The world-renowned scientists who stood up against global warming hysteria, political persecution and fraud became the #1 environmental best seller in both Canada and the U.S.