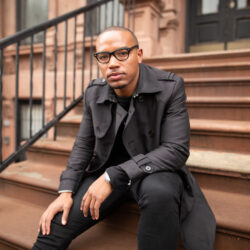 Mitchell has also been a notable columnist and contributor for prominent media brands like Forbes, Beats by Dre, HuffPost, Complex and Vanity Fair.

Mitchell has served consecutive years on the CES Advisory Board, advising programming and being a featured speaker at other notable conferences including VidCon, Summit Series, Social Media Week, The REVOLT Summit by AT&T and the ANA.

In 2021, CES and the Consumer Technology Associated named Mitchell on a shortlist of innovators shaping the future of consumer technology. Mitchell was also named a TEDx Visionary in 2019, delivering a talk on the mechanics of using content to design culture. In 2016, LinkedIn ranked Mitchell No. 9 on their list of Top Voices in Media, citing him as one of the must-know writers shaping culture.