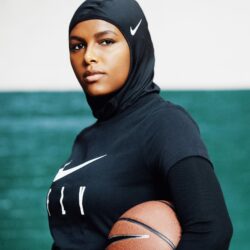 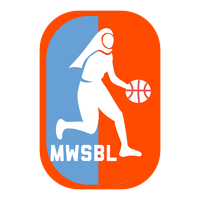 Fitriya Mohamed is currently a graduate student, basketball player and activist for Muslim women in sports. She grew up playing sports (Basketball, badminton, soccer and ultimate frisbee) from the age of 10, which began in her elementary physical education class. From there, she never stopped and pursued them outside of her school teams, sports such as basketball and soccer. In her graduating year of high school, she was awarded Female Athlete of the year; the first Muslim woman to win it for her high school. She is the founder and executive director of MWSBL (Muslim Women’s Summer Basketball League), a Toronto, Canada-based non-profit basketball league dedicated to creating inclusive space, mentorship and fostering sisterhood through basketball. She is doing her Master’s at Brock University with her research focusing on Hijab-wearing Muslim female athletes (where she also did her undergraduate degree in Sport Management). Lastly, she is the basketball ambassador for Hijabi Ballers, a Toronto, Canada-based non-profit that seeks to recognize and celebrate the athleticism of Muslim girls and women. She was recently named a change maker by Nike, Toronto Star and CBC Radio.

Getting Comfortable with Uncomfortable Conversations