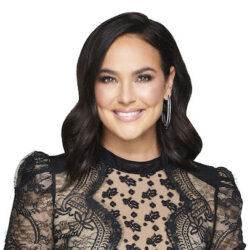 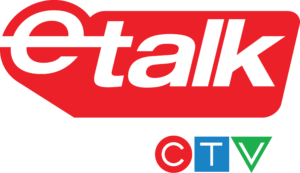 Adored for her genuine enthusiasm and positivity, Montréal native Chloe Wilde emerged in 2013 as the winner of the Much VJ Search and has since brought her fresh perspective and outgoing personality to her role as ETALK reporter.

An advocate for health and wellness, Wilde launched her own online community, Healthy Is Hot in 2018, creating a real, raw, and supportive space for open conversations on difficult health-related topics and tips and tricks for living one’s best life. In January 2020, Wilde took viewers on a life-changing journey for the mind, body, and soul in a Crave Original Series HEALTHY IS HOT, developed from her highly successful brand. The show inspires endless possibilities and exciting opportunities for healthier and happier living.

Growing up, Wilde dreamed of following in her grandparents’ footsteps as entertainment insiders – her grandmother was a pioneer in the Montréal burlesque scene and her grandfather worked behind-the-scenes for a news station. After completing a degree in psychology from McGill University, Wilde’s strong interest for science lead her to pursue a degree in nursing. While in school, Wilde hosted THE DAILY BRIEF, a current events web series for AskMen.com, which reignited her desire to work in the entertainment industry. With a passion for music festivals and concerts like Osheaga, Cavendish, and Bonnaroo, as well as, musical influences including Kygo, Halsey, Chet Faker, X Ambassadors, and Flume, Wilde ultimately decided to put her nursing career on hold, relocate to Toronto, and start a new chapter in her life in front of the camera.

Wilde immerses herself in all-things pop culture and is hoping to one day snag a dream interview with the likes of Ellen DeGeneres, Tina Fey, Angelina Jolie, and the cast of FRIENDS.
Follow Chloe Wilde on Twitter (@TheChloeWilde) and Instagram (@thechloewilde).