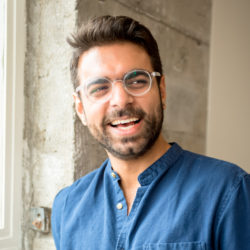 Anjney Midha is the CEO and co-founder of Ubiquity6, a massively multiplayer augmented reality platform focused on bringing people together in physical spaces. Founded in 2017, Ubiquity6 has raised over $37.5M from investors including Benchmark, Index Ventures, First Round Capital, Google’s Gradient Ventures, and KPCB. Previously, Anjney was an investing partner at Kleiner Perkins, where he founded the firm’s dedicated seed fund KPCB Edge and worked with AR, VR and computer vision companies including Magic Leap and TheWaveVR. Anjney pursued his undergraduate and graduate degrees at Stanford University, and lives in San Francisco.