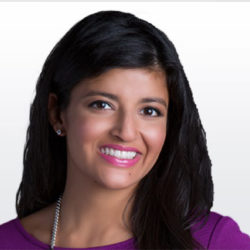 Amber Kanwar is an Anchor and Reporter at Business News Network.

She is a leader in breaking news; reporting on Canada’s booming online gaming sector, activist interest in one of Canada’s biggest pipeline companies and one of the most plugged in reporters on the turnaround effort at BlackBerry.

Prior to joining BNN, Amber completed her Master of Journalism degree at Ryerson University. Her Master’s thesis was an investigative story into the fertility industry that broke a national scandal and appeared on the front page of The Globe and Mail.