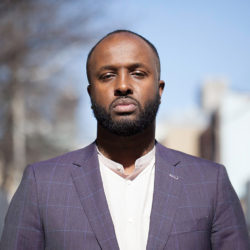 To influence culture, you have to be able to see what’s coming. Ahmed Ismail is a global innovator and industry insider with a proven track record for spotting emerging trends. He has the ability to analyze and interpret these trends in order to transform them into tangible results for his clients.

His ability is unmatched in this industry.

Ahmed has overcome seemingly insurmountable obstacles to exceed the demands of his high profile clients. He excelled because he transformed the challenges he faced into lessons. As a result, he can help his clients do the same with an unparalleled level of skill and authenticity.

Ahmed started Influencers PR after exiting a rewarding career in politics. He quickly discovered that his extensive experience in solving problems while in government was a transferable skill due to the “The Politics of Politics,” existing in every workplace. This gives him a dynamic advantage as a seasoned negotiator who will always advocate in the best interests of his clients spanning a variety of industries.

Prior to that, Ahmed worked in both the Super Bowl and the NCAA Final Four. He was the inspiration behind the NBA All STAR Sprite Slam Dunk Campaign featuring Terrence Ross and Drake. He was also instrumental in creating the ambassador program for To2015 Pan American Games in Toronto.

Ahmed is also a well known fundraiser and philanthropist in the global community. He has served as the catalyst on several causes and aid missions both domestically and internationally for more than a decade that, to date, have raised millions to help alleviate the challenges of underserved communities globally.

As an Influence Broker, Ahmed is a connector. He doesn’t just bring businesses and talent together; he recognizes that both businesses and talent are multi-dimensional and complex. To bring the right elements together, one needs to understand this complexity. Ahmed not only understands it, he can distill it, simplify it and bring it to life.